On paper, it's as much of a no-brainer as that original iPod dock. After all, plenty of people -- myself included -- already keep an Echo Dot on their nightstand and use it to wake up in the morning. Why not commit to the bit and dock that Dot in a clock, complete with better sound quality?

In my case, the price tag gives me pause. This thing costs $70 ($20 more than Echo Dot costs by itself), and it really offers nothing beyond a clockface, a modest bump in sound quality and an extra USB port to charge your devices. The iAVS1 might be a tempting upgrade if you catch it on sale, but at full price, I'm not sure it's worth the splurge.

Let's start with that design. Available in both white and black, the dock itself is fairly large as alarm clocks go, with an upward-facing speaker spanning its top face. iHome pitches it as a stereo speaker system, and it definitely offers fuller sound than what you'll get from an Echo Dot on its own. To my ear, though, it's a fairly modest improvement -- I wonder if the addition of forward-facing speakers on the front of the dock would have helped.

Using the dock is a cinch. Just pop Alexa into place, then connect the short-length audio cable and an included short-length USB cable into the central USB port to keep the Dot powered. The top half-inch or so of your Dot will stick out of the device -- that's because iHome wanted to make sure that people with first-gen Echo Dots could still access the ring around the top of the speaker that controls the volume. The reason that's important? The iAVS1 doesn't have volume controls of its own, and instead relies entirely on the Echo Dot.

In fact, the iAVS1 hardly has any controls of its own. There's a button on top to adjust the brightness of the clock and a set of buttons on the bottom of the dock that you'll use to set the time, but that's it. No volume controls, no radio and no snooze button: All of it gets outsourced to Alexa.

People who use an Echo Dot to wake up in the morning are already used to grumbling at Alexa to shut the alarm off as opposed to slapping a snooze button, but I still think iHome could have done more here. Simple audio controls would have been a nice start -- a button you could pair with one of iHome's smart plugs to turn a lamp on and off from across the room would have been even better. Features like that would have gone a long way to help justify the $70 price tag. Instead, they're missed opportunities.

Something else worth mentioning: The microphones at the top of your Echo Dot might have a harder time hearing you during music playback because of the amplified sound coming from the dock's speaker.

To test this out, I took the iAVS1 into a quiet room, cranked some local Louisville rock up to 75 percent volume, then tried talking to Alexa at three distances: a foot away, a few feet away and several feet away. Up close, the Echo Dot heard me say "Alexa" on the first try. But from a few feet away, it took two tries. From across the room, it took three. By comparison, an Echo Dot on its own in the same test heard me on the first attempt from all three distances.

That's a pretty minor annoyance (most Alexa users have come to learn that raising your voice is an occasional necessity), but again, I wonder if front-facing speakers that blast music in your direction instead of straight up at the Dot's array of microphones wouldn't have been a better design choice.

As I mentioned before, I use an Echo Dot to wake me up each morning -- but I also keep a small clock next to it for quick, groggy glances at the time while I'm in bed. A dock that essentially combines the two is a no-brainer product that I'd welcome to my nightstand if someone got it for me as a gift. But to spend $70 of my own money on it, I'd need it to offer more than just a convenient spot for my Dot and a slight uptick in sound quality, especially given that likable, fully-featured competitors like Beddi don't cost all that much more.

With no additional features to speak of -- no programmable smart buttons, no playback controls, no built-in wake-up light -- that's the mark that iHome misses here. The iAVS1 is a decent enough device, but it's too basic to justify the $70 price tag. Wake me up when it's on sale, though.

EDITOR'S NOTE, 4:15 PM EST, 7/7/2017: This review originally stated that iHome's alarm clock dock required you keep the Echo Dot plugged in separately. It actually includes a short-length USB cable that plugs from the Echo Dot into the back of the clock's base to keep it powered, a fact I simply missed during testing. The text of the review has been updated accordingly, and the score has increased slightly, but the overall buying recommendation remains unchanged.

The Spot for your Dot

Turn the Dot into an amazing alarm clock

The Spot for your Dot

This Echo Dot speaker is perfect for using Alexa from room to room and even out on the deck! Works anywhere within your wifi network with up to 8 hours of wireless audio playback.

Shipping Note: Shipping to Alaska, Hawaii, and PO Boxes is not available for this item 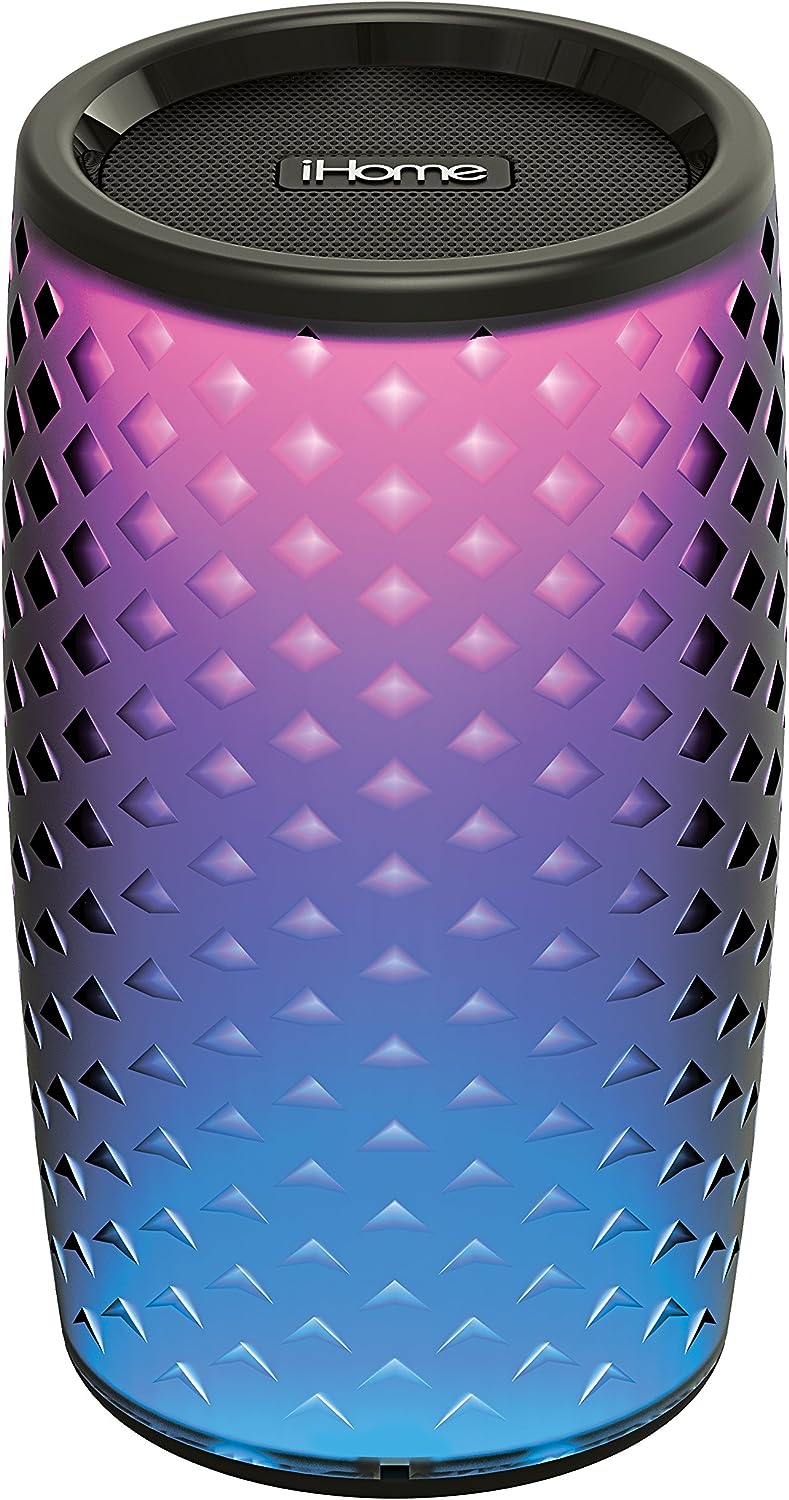 The iHome iBT78 Portable Bluetooth wins our best overall award. It has a great price. Complement your favorite playlist with this iHome color changing Bluetooth speaker. Its six color modes add dynamic visual style and recognize voice commands via Melody Personal Music Assistant for hands-free control. This iHome's color-changing Bluetooth speaker offers 16 hours of playback and can be turned off to listen all day long. 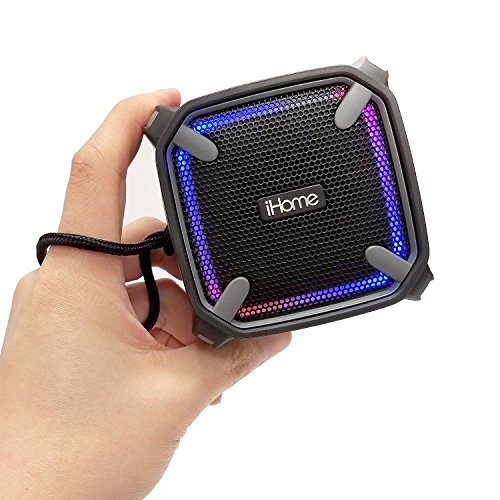 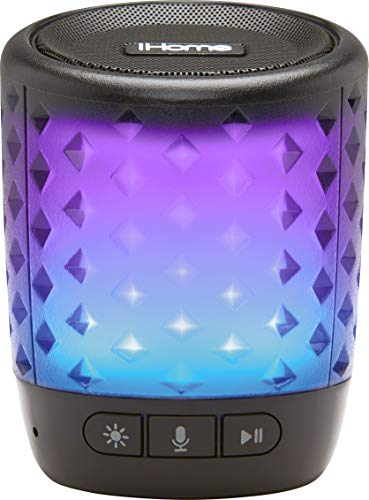 The iHome iBT81 Portable Bluetooth wins our best rating award. It has a good price. Create a fun atmosphere at your home party with this color-changing iHome Bluetooth speaker. You can stream your favorite playlists from any paired device, and your personal music assistant plays songs from popular streaming services via voice commands. This rechargeable iHome Bluetooth speaker has a built-in speakerphone to answer incoming calls. 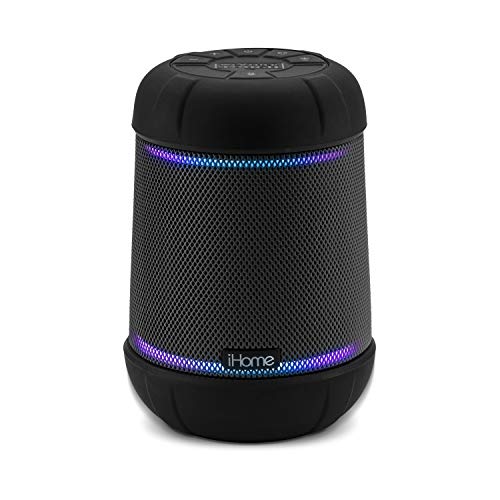 The iHome IBT158 Portable Bluetooth wins our popular award. Listen to music on the beach with this iHome Waterproof Bluetooth Speaker. The IP67-certified chassis withstands water and sand, the sturdy cabinet withstands accidental shock, and does not sink when dropped. This iHome Waterproof Bluetooth Speaker has a voice control button that allows you to activate your virtual assistant without using your phone.

Little had sex with him. The second is a colleague, married. He visited my house several times, but then he was afraid that his wife would find out and quietly walked away from me. Now we just say hello.

She struggled for a few moments, casting fearful glances at me, and then suddenly quickly began to take off her clothes. Even too quickly - she got confused at the very first buttons. Slower, I drawled with delight. She obeyed, but still continued to get confused and clumsily take everything off herself.

Tatyanka, apparently sensing that my penis was limp, did not remove her hand, but only weakened the pressure and reduced the frequency of hand. Movements. I felt a little ashamed in front of her, but she, as if nothing had happened, watched a movie and chewed crackers. And now, finally, the film ended.

Screamed Phoebe, with force sitting on the longed-for black club. - Yes. Yet. Phoebe was getting closer to orgasm every moment.