Marine craft are exposed to a wide variety of harsh environmental conditions, and the limited available space necessitates an efficient deck layout. It is common for many boat components to be removable or adjustable to provide more deck space or to facilitate cleaning, storage and protection from the elements. A standard seat assembly for marine use generally consists of a horizontal seat with a padded upper surface, affixed at the rear edge to a bulkhead, transom or other vertical wall surface, generally with support stanchions supporting the front edge of the seat on the deck of the boat. The seat can usually be removed if desired, or the rear edge of the seat may be affixed to the wall by one or more hinges. To move the seat away from a horizontal position, the support stanchions, if any, are removed and the seat is pivoted downward so that the seating portion, or top, of the seat is vertical and faces the interior of the cockpit.

This type of hinged seat, however, can have problems because the depth, back to front, of many such seats is nearly equal to the height of the seat above the deck. As these seats pivot from a horizontal to a vertical position, the front edge of the seat arcs down and rearward, to a position close to the deck. This is undesirable because the seat will then be subject to various hazards which may be on the deck of the boat, for example, water, fishing tackle, scuba gear and the like. The seat is also much more likely to be inadvertently struck by a passenger's feet, creating a tripping hazard in addition to subjecting the seat to possible damage. Furthermore, it can be difficult to remove seats which are hinged in this manner.

Accordingly, it would be desirable to provide a folding seat assembly which can pivot from a horizontal to a vertical position while at the same time being displaced upward, away from the deck, and rearward, toward the wall, so that the cushioned portion of the seat, when vertical, faces the interior of the boat rather than the wall to which it is mounted. It is further desirable to provide a seat assembly which can be readily removed for storage or cleaning.

With a higher position on the wall, the seat can be safely used by passengers leaning against the top surface of the seat rather than against the wall. This also lessens the risk of passengers tripping on or kicking the seat. The boat can additionally accommodate more passengers within the available deck space, while providing comfort via the padding of the vertical seat surface.

FIG. 1 is a perspective view of the aft portion of a boat with the hinged seat assembly in accordance with a preferred embodiment of the present invention in the horizontal position.

FIG. 2 is a perspective view of the aft portion of a boat having a pair of hinge mechanisms in accordance with the preferred embodiment of the invention, mounted to the transom wall and moved to respective up positions. FIG. 2 also shows the orientation of a removed seat prior to attachment of the seat to the hinge mechanisms.

FIG. 3 is a perspective view of the aft portion of the same boat with one hinge mechanism depicted in the horizontal position and another hinge mechanism shown in an exploded state.

FIG. 4 is an elevation view of a hinge assembly in accordance with the preferred embodiment of the invention, shown with the seat mounting bracket in the down, i.e., horizontal, position.

FIG. 5 is a perspective view taken from the opposite the hinge assembly shown in FIG. 4.

FIGS. 6 and 7 are elevation views from opposite sides of the hinge assembly of FIG. 4, but with the seat mounting bracket in the up, i.e., vertical, position.

FIG. 8 is a partially exploded view of the lower surface of the seat subassembly.

In accordance with the preferred embodiment, the pivot locations are selected such that as arms 20 and 22 pivot in a clockwise direction, the seat mounting bracket 18, with the seat attached thereto, pivots in a counterclockwise direction. The axes of the pivot points are substantially horizontal so that each pivoting arm 20, 22 can pivot in a vertical direction only, allowing the seat 6 to move from a generally vertical orientation (shown in FIG. 2) to a generally horizontal orientation (shown in FIG. 1) and vice versa.

As illustrated in FIGS. 4 and 6, the four pivots 32, 34, 36 and 38 are located to provide the above-described movement of the hinge mechanism. It can be seen that the first pivot 32 and the third pivot 36, both of which are on the wall mounting bracket 16, are offset both horizontally and vertically relative to each other. Particularly, the third pivot 36 is situated below and forward of the first pivot 32. The second pivot 34 and fourth pivot 38 are spaced apart on the seat mounting bracket 18, and together are parallel to a longitudinal axis of the seat mounting bracket 18, with the fourth pivot 38 being disposed forward of the second pivot 34.

When the seat is horizontal, as shown in FIG. 4, the seat mounting bracket 18 is horizontal also. In this orientation, the four pivots define a triangle with the first pivot 32, second pivot 34 and fourth pivot 38 aligned horizontally to form the base, or longest side, of the triangle, and the third pivot 36 forming the vertex opposing that base. As the arms 20 and 22 are rotated in a counterclockwise direction (as seen from the vantage of FIG. 4), the second pivot 34 describes an arc upward and rearward about the first pivot 32, while the fourth pivot 38 describes an arc upward and rearward about the third pivot 36. As this occurs, the fourth pivot 38 pivots relative to the second pivot 34, but in the clockwise direction when viewed as seen in FIG. 4. Since the seat is mounted to the seat mounting bracket 18, clockwise pivoting of the latter implies clockwise pivoting of the former.

To stabilize the seat in a vertical position, the preferred embodiment of the seat assembly also comprises a pneumatic or hydraulic strut 42 (e.g., a standard gas shock absorber) having opposing ends pivotally mounted to the wall and seat mounting brackets, e.g., by means of respective ball studs 44 and 46. Preferably, the seat 6 also comprises one or more stanchions 48 affixed to the stiff backing 30 of the seat and being extended vertically to support weight placed on the seat. Preferably, the support stanchions or legs 48 are affixed to the stiff backing 30 of the seat by means of hinges 50 which allow the stanchions to be folded against the lower surface of the seat prior to folding of the seat to the upright position. Naturally, there should be sufficient clearance between the seat backing 30 and the opposing wall surface of transom 8 so that the folded stanchions do not strike the wall when the seat is folded upright. In addition, the seat can be reinforced by securing a rigid reinforcing member 52 to the front periphery of the seat backing 30.

It will be understood that the hinge assembly described above is not limited to use in conjunction with folding boat seats. For example, the hinge assembly can be suitably employed with any folding seat assembly where floor space is at a premium, for example, trains, planes, mobile homes, and recreational vehicles. The inventive mechanism could also be used for other horizontal surfaces, for example, folding tables and folding beds.

While the invention has been described with reference to preferred embodiments, it will be understood by those skilled in the art that various changes may be made and equivalents may be substituted for elements thereof without departing from the scope of the invention. In addition, many modifications may be made to adapt a particular situation to the teachings of the invention without departing from the essential scope thereof. Therefore it is intended that the invention not be limited to the particular embodiment disclosed as the best mode contemplated for carrying out this invention, but that the invention will include all embodiments falling within the scope of the appended claims.

At A.K. McCallum Co. We Buy Boat Seats By The Truck Load And Pass The Savings Along To You.

All Seats Are On Display In Our Store.

Here Is A Sample Of some Of The Over 1,000 Boat Seats A.K. McCallum Co. Has In Stock At Prices You Can't Beat.

You can also see our seating accessories

A very plush full size comfortable fold down seat at the price of a econo seat.

Green and Tan . This seat offers Tempress quality at a lower price. Perfect for an O.D. Jon Boat. Removable Custions

AK's Most Popular Series Of Seat

Extra high back for support

An econo seat with ribbing on back

Perfect Match for our Alweld Marsh Boats & some Express Boats.

Perfect match for our Alweld Marsh boats and Some Express boats.

Perfect For Smaller Boats and People

A nice high seat back.

A very plush full size comfortable fold down seat at a econo price.

Considered by many to be the most comfortable boat seat available

One of the most popular seats from Tempress.

A full sized high back seat

Camo Leaning Post with a fold up foot rest

Covered in heavy duty camo vinyl material with black trim. Easy to install in most boats.

The ultimate seat for comfort & safety

With Deluxe Padded Seat and Back

Designed by AK's staff to fit almost any type Jon boat seat (except one with a lip or overhang). Manufactured from .125 gauge aluminum. 13" long, 10" wide, and 2 1/2" high. (forward lip 4" down)(Mount Seat to Top and Rivet or Screw Seat mount To Boat Seat) 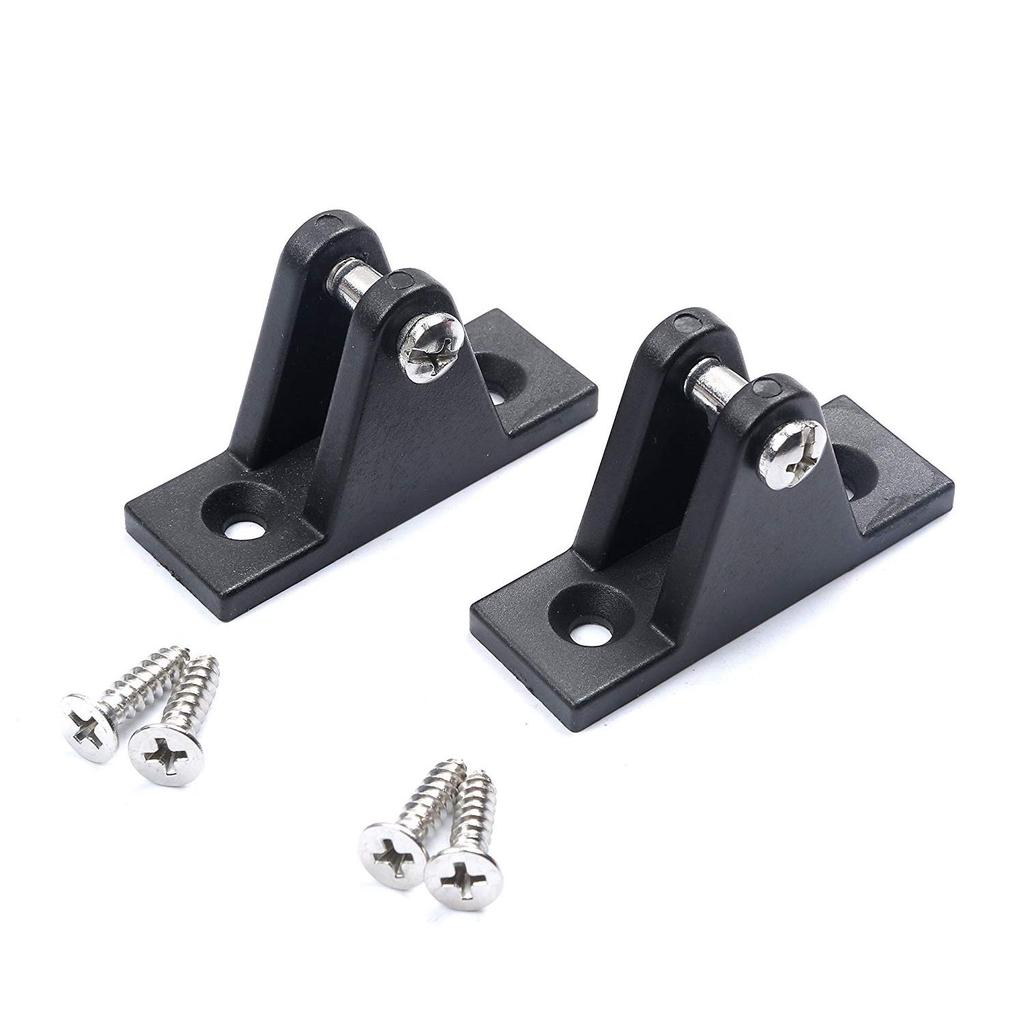 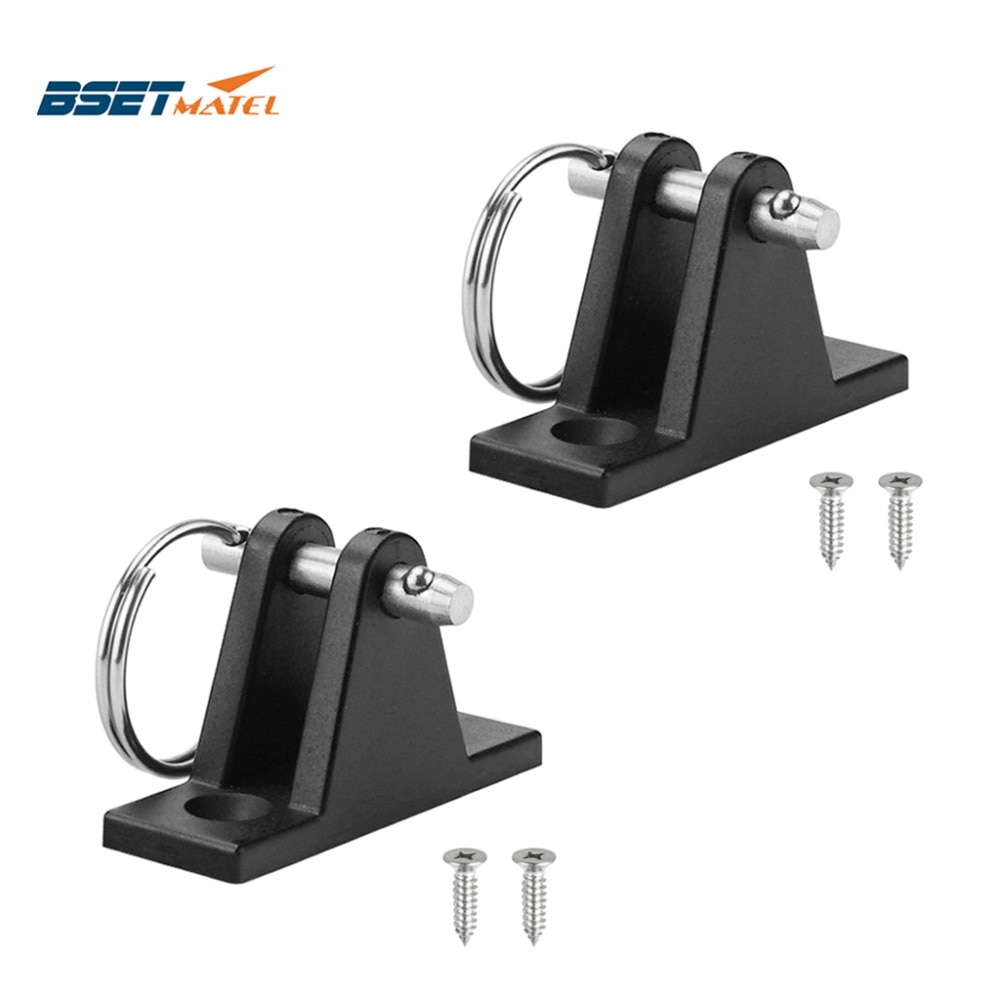 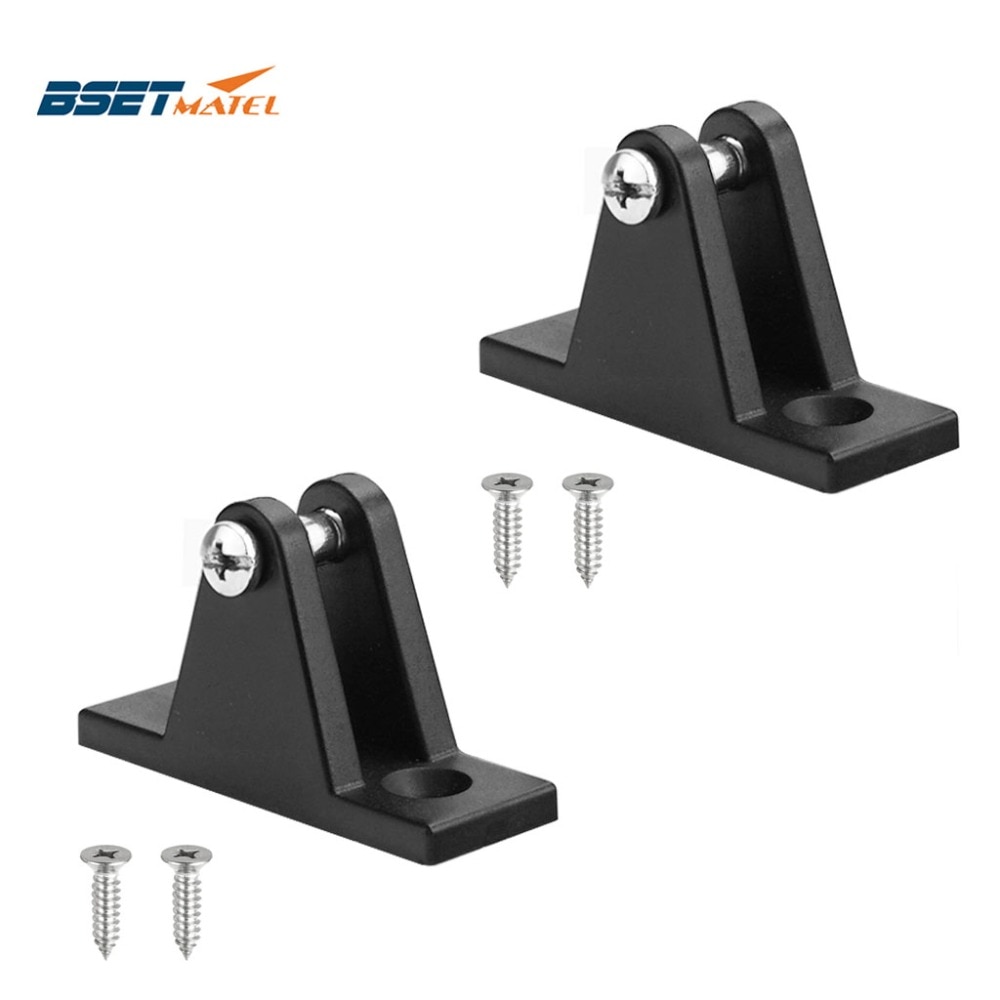 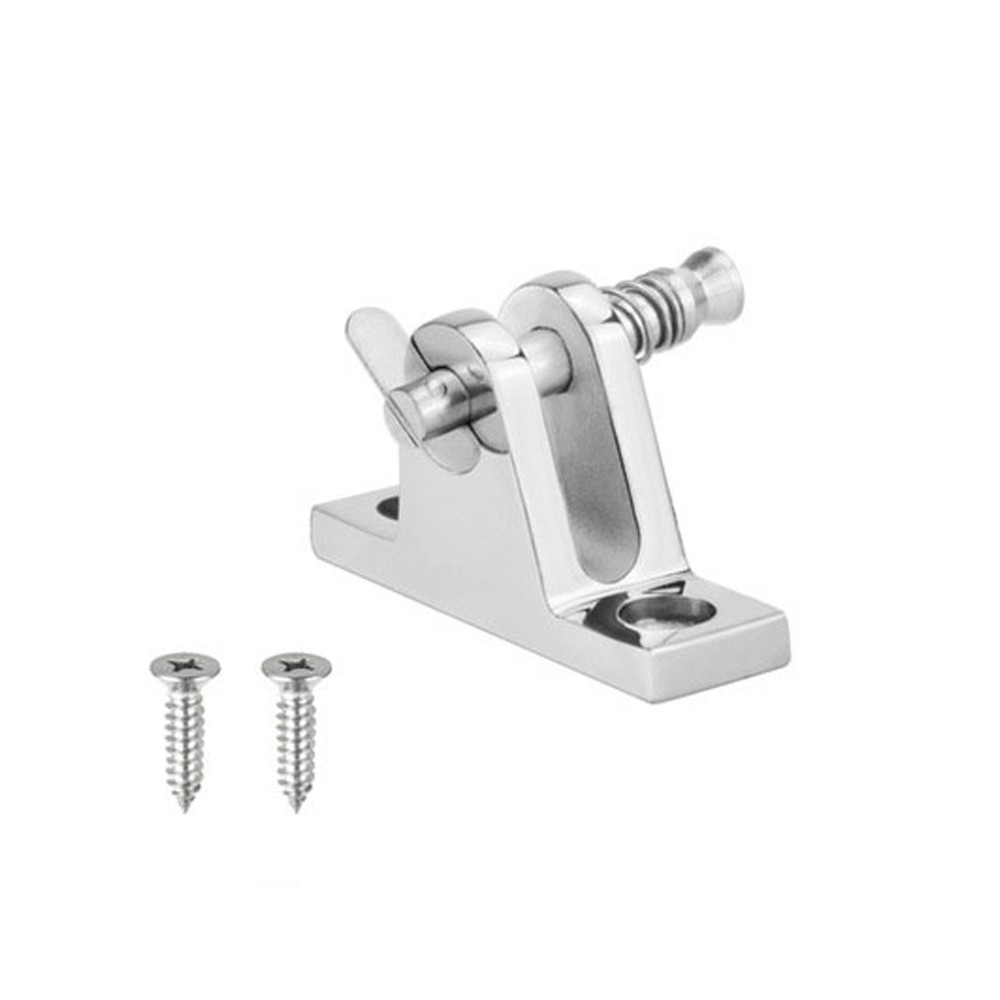 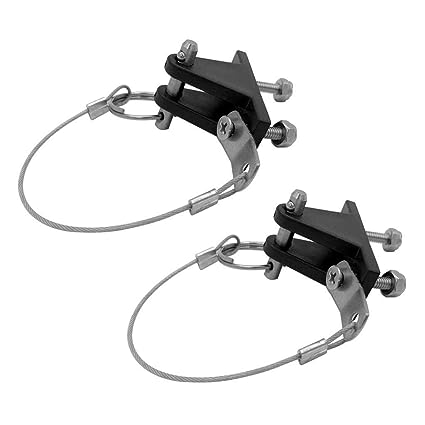 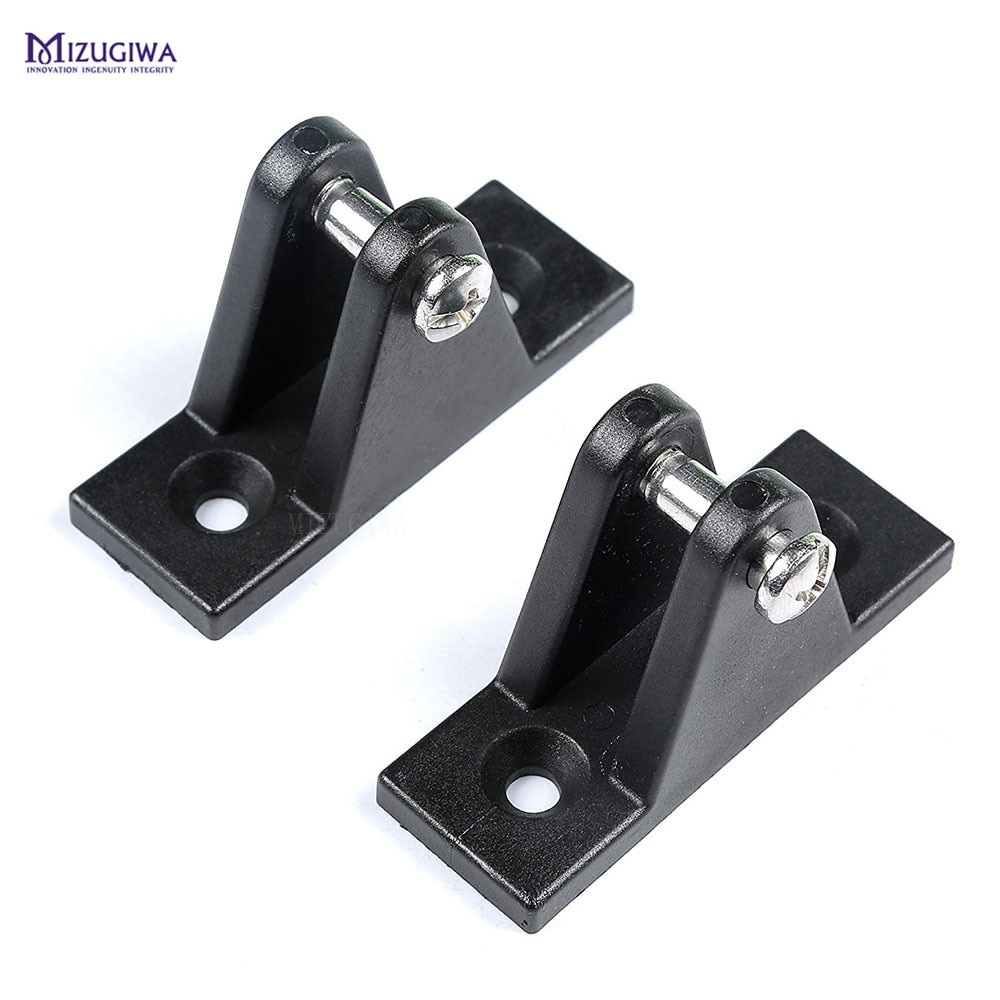 Only logged in customers who have purchased this product may leave a review.

To our valued customers: We may experience some availability and distribution delays of some products throughout Canada due to the Coronavirus. Please be safe! Please feel free to email us with part numbers before you place your order, to check availability/delay status if it will make you feel more comfortable. Dismiss

The afternoon is coming to an end, and nothing interesting, I mean, of course, all sorts of different, interesting sex, did not happen. It seems that people are gathering strength to come off at our farewell party at night. I don't know about everyone, but Vika and I recovered our strength long ago and would not mind at all, once or twice, letting in.

Something solid and hot. I apologize for being metaphorical.

He drove her almost to the very balls. He either accelerated, then slowed down, then thrust his penis into Natasha's munching vagina from different angles. - Oh. oh, she moaned.

It means that the Bible claims that God created man in his own image and likeness, that is, perfect. And at the same time, all Orthodox Christianity celebrates the Circumcision of Jesus Christ as a great church holiday, when an old Jew corrects God's. Creation with rusty scissors, corrects God's mistake. It's funny. But Muslims do circumcision so that a man can maintain a harem.