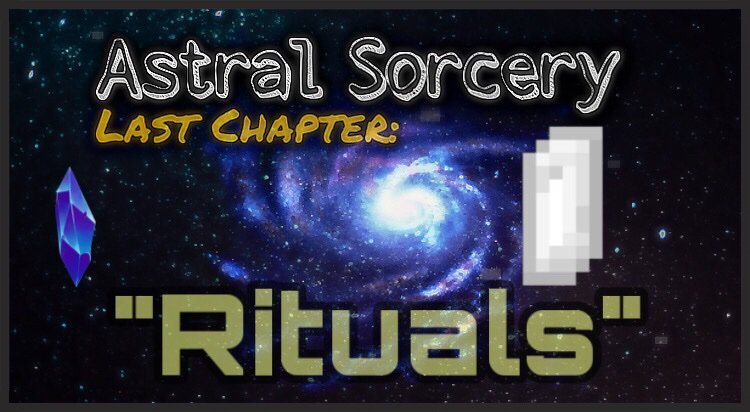 ~Welcome my amino astronomers, I’m Gabu and this is the last chapter blog of Astral Sorcery. No more constellation to go over with, no more weaponry nor more crafting to do only going over the rock crystal growth, interesting features, tips and rituals~

>~Astral Sorcerers learn from time to time that the dark isn’t scary no more. It is just the true light from the outer space without needing our nearest star [Sun]. Through the mod, you learned how to defend and use all features of the game to have fun and be protected as a son or daughter of the night~<

-If you have followed along with this series of blogs, Rock Crystal and Celestial Crystals have an important use on almost every crafting recipe through the mod of Astral Sorcery. Their stats as Purity, Size, and Cutting have drastic changes on weapon, tools, and collector crystals. But how can be increased the stats? 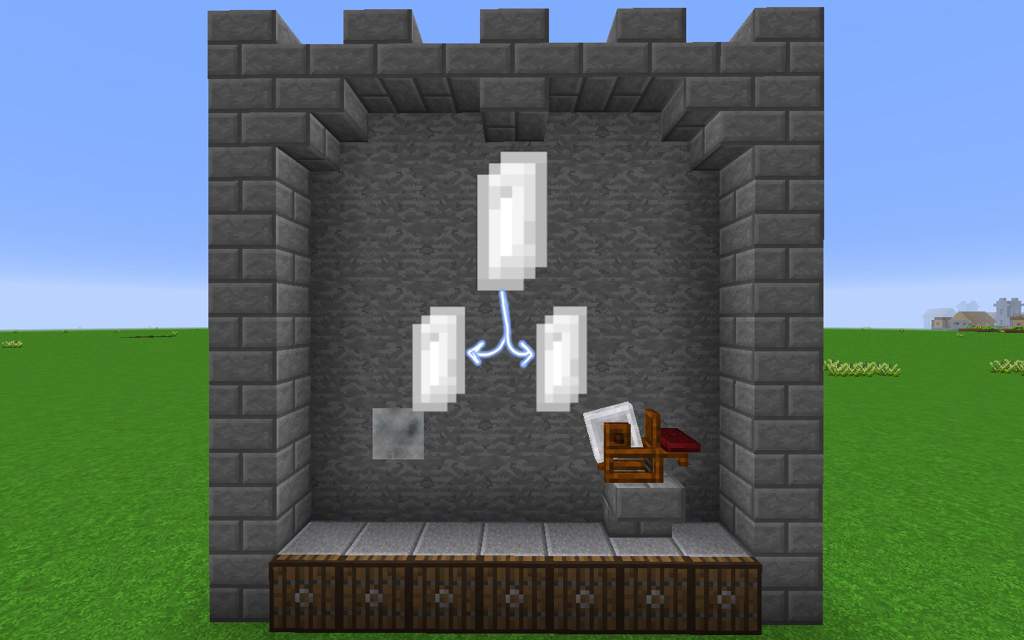 -Purity is increase by splitting the Celestial or Rock Crystal. This split only happens when the Crystal has maximum (Rock Crystal is 400, while Celestial Crystal is 900) size, so you do have to keep the eye on both, later on, to make them have more size and don’t split.

-To the size only be increased to A Crystal that is inside a liquified starlight block only! Two in a single block WONT work.

-The ritual pedestal needs a structure in order to work, is a flat surface structure. Only bringing an image helps to understand how the structure goes; 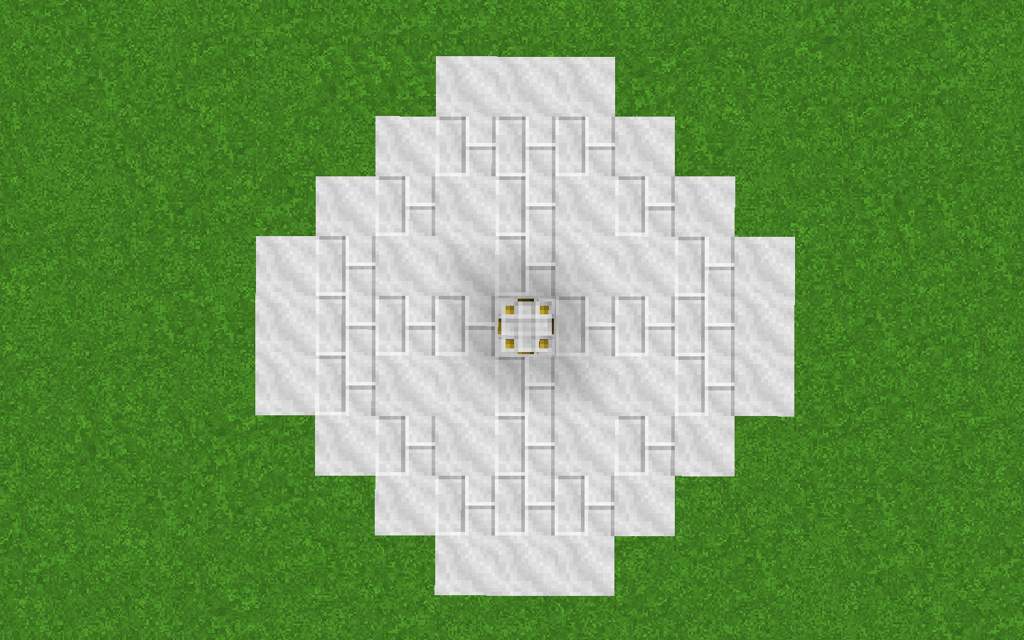 -To anchor an effect from a ritual to another location of many locations you need a ritual anchor at least on the fifth (5th) block on top of the ritual pedestal! 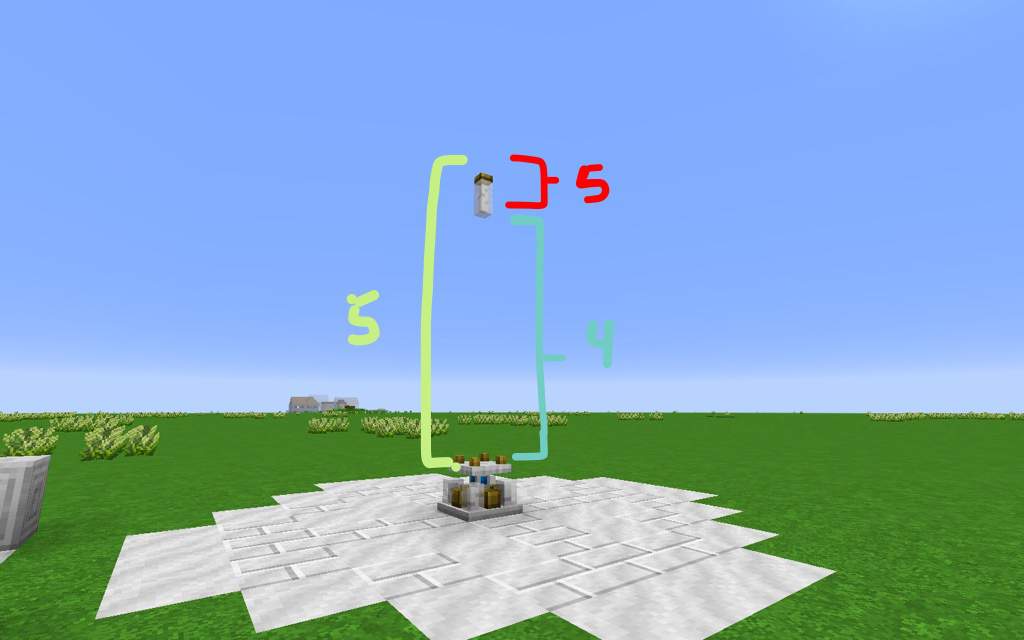 -There must be no block between the ritual anchor and ritual pedestal!

-To enhance the effect range and the potency of a ritual you most link a Collector Crystal to a Ritual Pedestal with a running Ritual (Already working ritual), 5 beams of starlight will try to come out so you will use Lenses and re-link them to the ritual pedestal again. By each beam going back to the ritual pedestal, new details on the floor can be seen. For example, a circle of starlight particles, the constellation mark on the center, and rays of light start been seen too. The following video shows an example of how to do such a thing;

-Remember to use Lenses, and they must be linked back to the Ritual Pedestal!

-Each effect given from the Ritual Pedestal is brought it from which rock crystal you are using. The better max out the Crystal is, the best it works. I highly recommend using celestial crystals, but it is an early game still you do can use rock crystals. Remember they have to be attuned to a constellation! 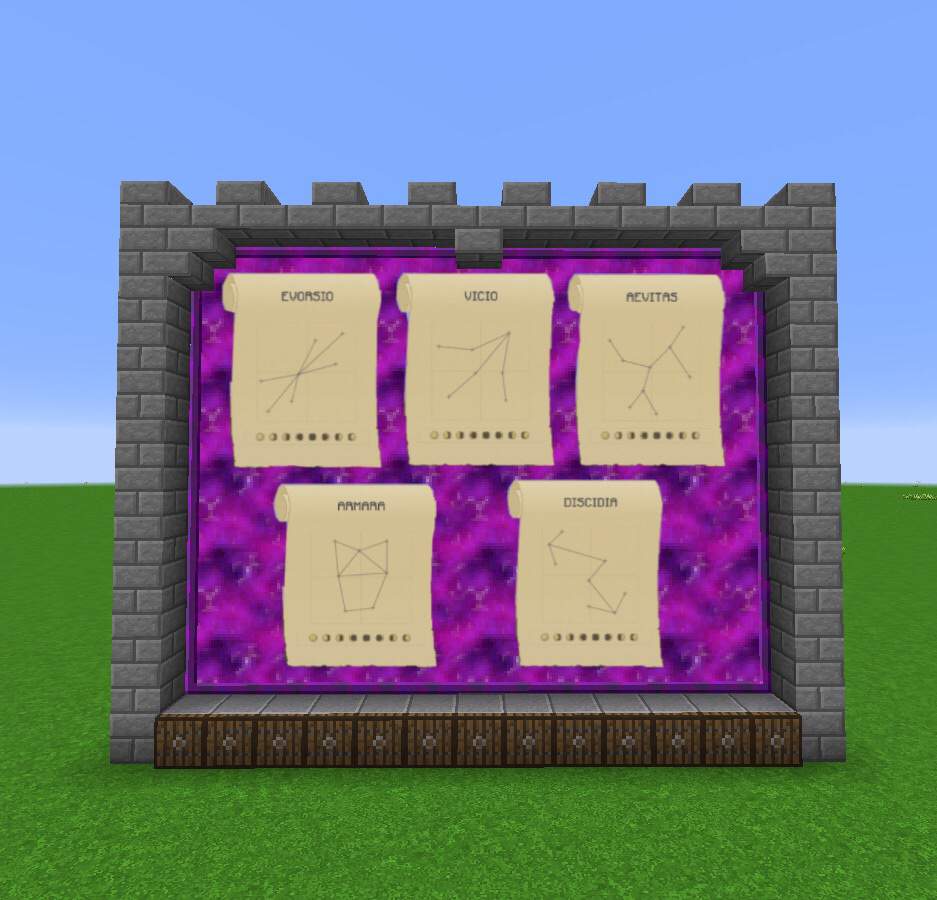 •Armara: Hostile Mobs and Projectiles are repelled away from the pedestal.

•Discidia: Hostile Mobs near the pedestal take damage over time. 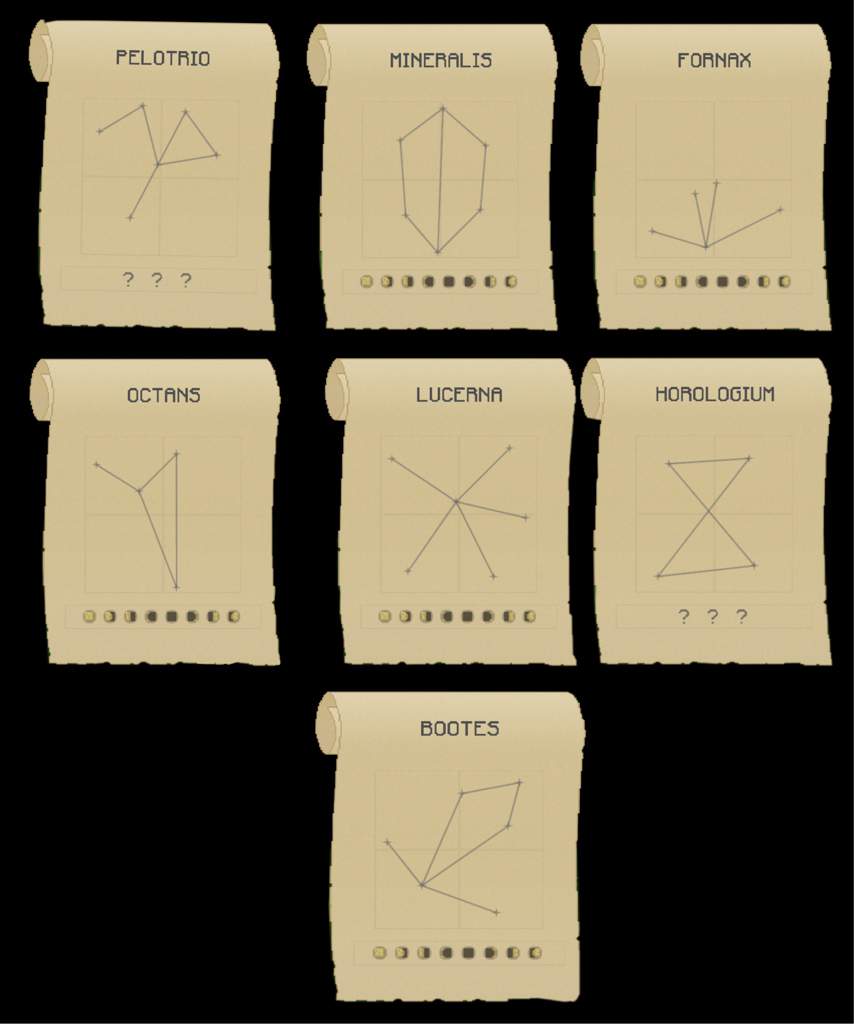 •Bootes: Nearby animals “shed” their drops as if they were slain.

•Fornax: Nearby blocks become their burnt or smelted counterparts.

•Lucerna: Hostile mobs do not spawn around the pedestal.

•Mineralis: Nearby Stone has a chance of becoming ore block.

-Some inspiration of uses for all of you;

•Using the Discidia and Pelotrio together can be used as a mob farm.

•Using Mineralis and Lenses with Break Colored Lens you don’t need to go to the mines no more!

-As you may read before, lava, when interact with liquified starlight, became sand or sometimes aquamarine shales. But what about using the Containment Chalice to make it more compact and hoppers to collect the dropped blocks. Leave it an hour and when you come back you’ll see that you have a ton of sand and some aquamarine shale that later on can be harvest with fortune! 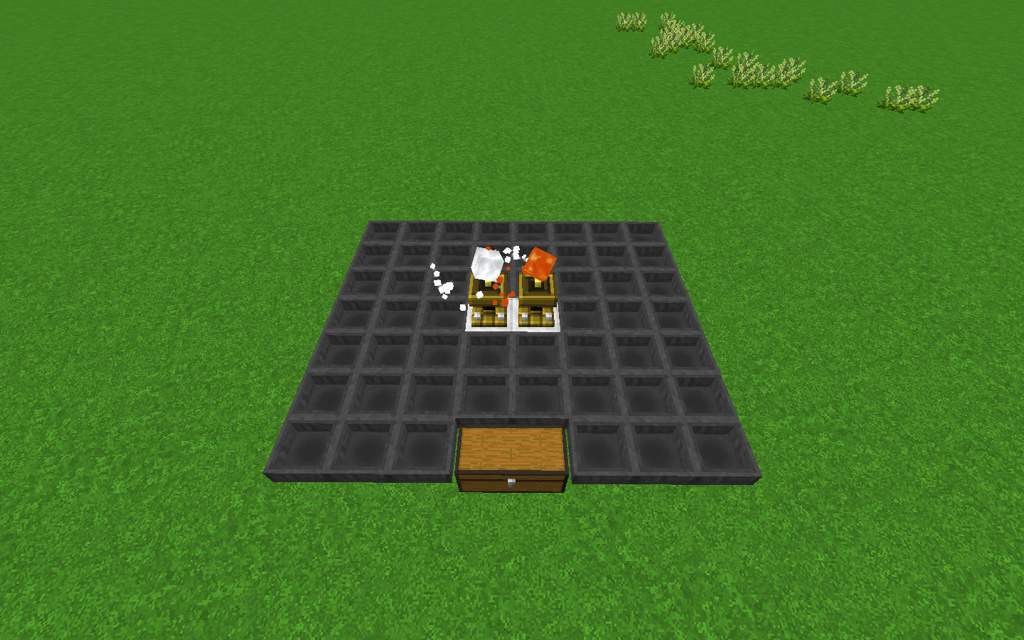 -Let’s say you got more mods with you, perhaps mods that add conduits that can take out or give fluids to blocks or give and take out items out! If you want to automate easily the lightwell you can do such by connecting the conduits/tubes/node/duct by the bottom to either take out the fluids and give items! 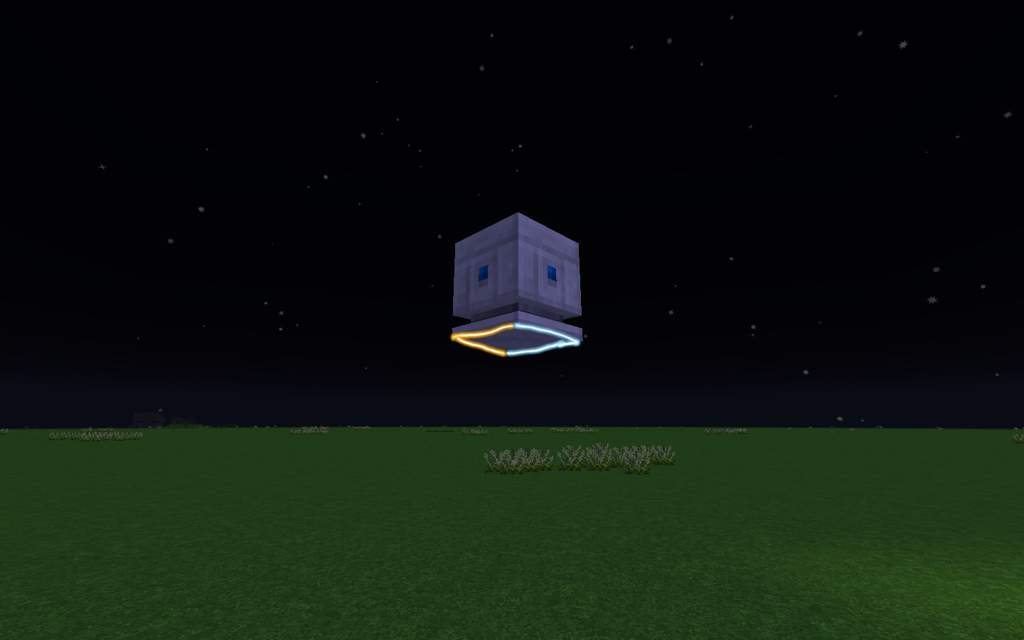 -You can also make a lightwell work faster if is linked with starlight beams! Meaning having rock crystals, aquamarines, celestial crystals, resonating gems can take out more liquified starlight than normal!

-The new commands given are “query” is used as “/time query daytime”, the game would tell you which day is the one you have! Another one could be “/as” to interact farther with all Astral Sorcery commands! Such as “/as attune” (to be attuned), “/as build” (to spawn a structure),

“/as constellation” (to unlock that constellation), “/as exp” (to gain a number of perk experience!), and more! 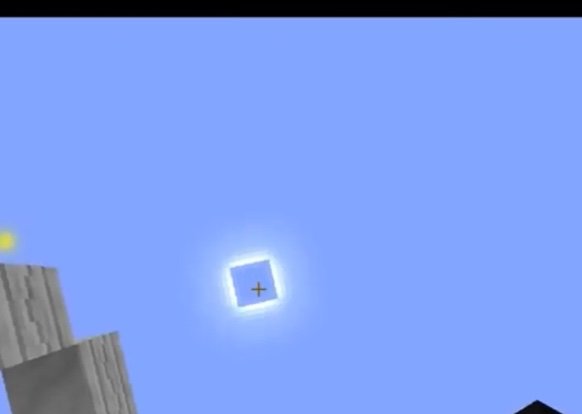 -That same night the constellation Horologium is going he showed! Also, you can check this same constellation if it is day 36 on the game! You have the opportunity again on an additional 36 more days (Minecraft days).

•Have you missed a blog?•

~That’s all for Astral Sorcery adds to the game, any thoughts, questions go ahead and comment. Please leave a like, share so we grew the community more and more! Subscribe to my YT channel and have a wonderful day or night! Bye my astronomers :D~ 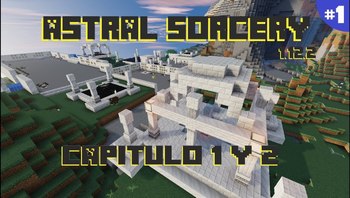 Astral Sorcery is a Game Mod for Minecraft themed around drawing power from the stars and constellations. This mod adds shrines that spawn in the world, as well as two new ores that can be collected: Aquamarine, which normally spawns in sand underwater, and Rock Crystal, which spawns near bedrock in small clusters.

I chatted with her in the shower. She will come to us in two weeks. I think we can have a good night.

Redheads. Natural, no henna. I am a natural red-haired beast, - Maya laughed, showing pearl teeth. - Nobody believes that this is my color. And you will not believe - tomorrow, when you see.

Edward struck at first once. But strong. Stella's ass burned with a sharp pain, tears spurted from her eyes.

She deliberately did not take deeply, sucking on the head, and poddrachivaya penis with her hand. Irina Vladimirovna closely followed her actions, continuing to jerk off my penis. - Maybe you will try to take it in your mouth and suck, as Tatyana Viktorovna does.

Irina Vladimirovna looked into my eyes, opened her mouth, closed her eyes and readily swallowed the head.