As of April 17, EA Sports rolled out a major update in the NHL 19 title complete with a large number of ratings adjustments. There are also roster updates to be found in the game as the Stanley Cup Playoffs continue to skate on. They may surprise some people based on a lack of boosting players with impressive postseason performances. Here are the latest details on what the EA NHL developers have updated as far as NHL 19 player ratings and rosters.

Two rookies make their official debut as part of the new NHL 19 roster updates. Cale Makar is now part of the Colorado Avalanche, while Ryan Poehling joins the Montreal Canadiens. Makar has been lending his defensive skills to Colorado as they look towards eliminating Calgary from the playoffs. Poehling made an impressive NHL debut back on April 7. The rookie recorded a hat trick in a win against the Toronto Maple Leafs.

Gamers will see the latest update take effect when they launch NHL 19. The new roster update doesn’t appear as if it brought in any new AHL signings. However, it should have most of the NHL team rosters more accurate now.

In addition to the roster tweaks, there is a massive adjustment for player ratings. Several players received a four-point boost including Chicago’s Collin Delia (76) and Erik Gustafsson (84) as well as Toronto’s Trevor Moore (74). Dallas’ Roope Hintz (78), Boston’s Karson Kuhlman (70), and New Jersey’s MacKenzie Blackwood (79) are amongst three-point gainers.

A full look at all of the ratings adjustments, both positive and negative, is shown in a spreadsheet thanks to EA Marketing’s @TheClapperton.

So far it appears that the Nashville Predators’ Wayne Simmonds had the biggest drop. Simmons is down three points to an 82 OVR in the game. There were a number of players down by two points including Calgary’s Curtis Lazar (76), Edmonton’s Alexander Petrovic (78), and Anaheim’s Ryan Kessler (76).

There will always be debates over the ratings players have in sports games. Some gamers already feel that maybe the Blackhawks’ Alex Debrincat and Blues’ Jordan Binnington don’t have as high ratings as they should. Those are just two examples. Some gamers even believe EA has hate for Debrincat based on his OVR and the fact he was left off several of the NHL 19 Team of the Year lineups.

As some gamers have pointed out in Twitter comments, the ratings adjustments don’t take into account impressive player performances for the playoffs. Due to the fact there’s only 16 teams competing in the postseason it would only update a number of players, creating an imbalance in the Versus mode with other non-playoff teams. That’s why certain players may not have the boosts (or drops) one might expect.

How do you feel about the latest update to NHL 19? Let us know your thoughts on how the ratings adjustments look.

In NHL 19, hockey returns to its roots by taking the game to the great outdoors. Play on outdoor rinks and journey from the pond to the pros in new and returning modes. Compete with and against over 200 of the greatest hockey legends, including Wayne gretzky, all powered by the cutting-edge gameplay technology real player motion Tech. Rpm Tech delivers explosive-edge skating with faster acceleration, and more responsiveness. A new collision physics system also adds bigger, jaw-dropping hits. Introducing world of chel, a brand new game hub of new and returning create-a-character modes United under a single reward system. Design your character and progress to earn Custom Gear, equipment and over 900 new apparel customization Options, including lifestyle clothing like hoodies, jacket, Winter Knights and more. Express yourself with a unique look and personalize your game with brand new player classes and unique player traits that give you the freedom to look, feel and play the way you want.

We know Canadians are ready to get back to the rink, and so are we! From the grassroots to the highest levels of competition, Our Game Is Back, and we welcome you to join us in celebrating its return.

This is not just about our players returning to the ice. It’s about welcoming back parents, volunteers, fans, coaches, officials and everyone who is part of the hockey community across Canada. Each of us has a reason to celebrate hockey’s return, because we all have a place on Canada’s largest team.

Now more than ever, our kids need physical activity, social interactions and opportunities to have fun on the ice while gaining valuable life skills. Hockey provides mental and physical benefits, and contributes to the well-being of all Canadians.

We know kids need to get back to playing games and enjoying the things they love. That is why Hockey Canada and our Members are working diligently to make it happen.

As registration rolls out across the country, we continue to prioritize the health and safety of our participants. Our multifaceted plan includes everything needed to get back to enjoying hockey while knowing you and your family are safe.

From coast to coast to coast, Hockey Canada and our Members are ready to providean environment where you can focus on building friendships and having fun again.

We know how passionate all of you are about hockey. Thank you for keeping the spirit of the game alive and well during a challenging 18 months.

It’s time to share smiles and laughter, and celebrate together. Whether you are new to hockey, a returning player or a fan, we look forward to making new memories now that Our Game Is Back.

Michael Brind’Amour
Chair, Board of Directors 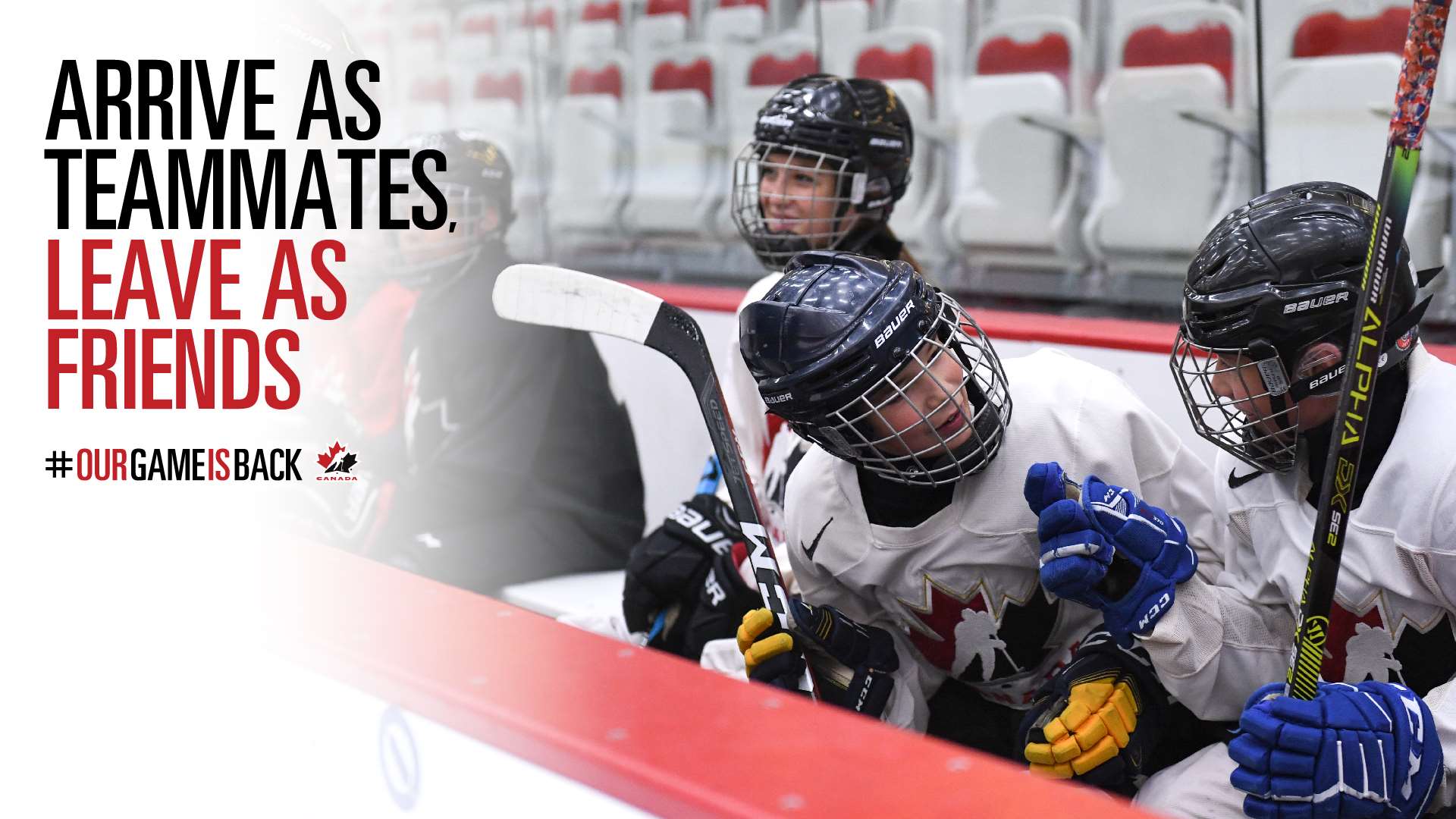 We’re gearing up for a safe return to on-ice activities. Below are the guidelines surrounding Return to Hockey. Guidelines will be updated as more information becomes available. 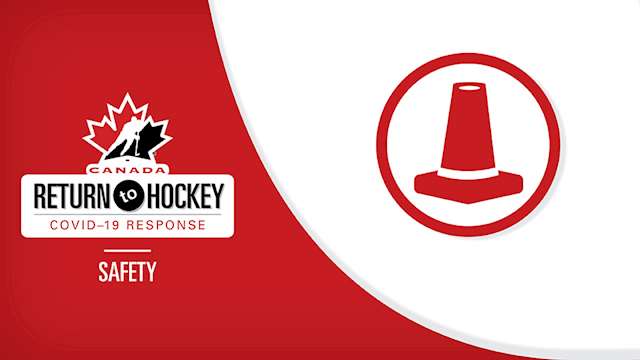 What are the facility guidelines? What hygiene protocols are in place? What happens if there is a positive COVID-19 test? 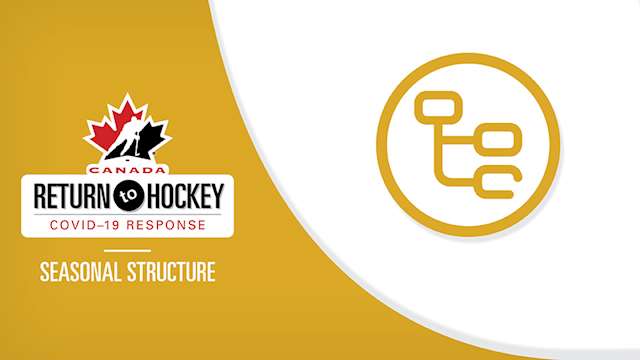 What are the four RTH stages? What could modified on-ice programming look like? What is the effect on registration? 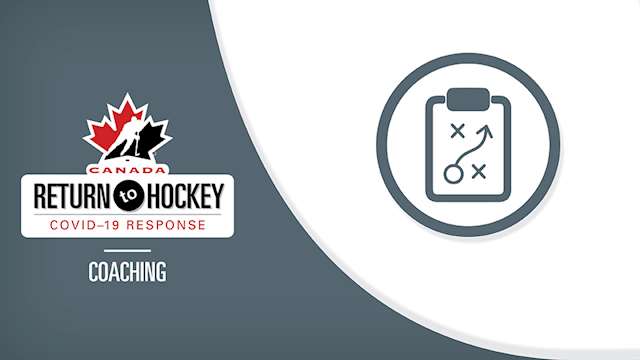 What are the minimum requirements for certification? Will coach clinics be offered by Members, in-person or virtually? 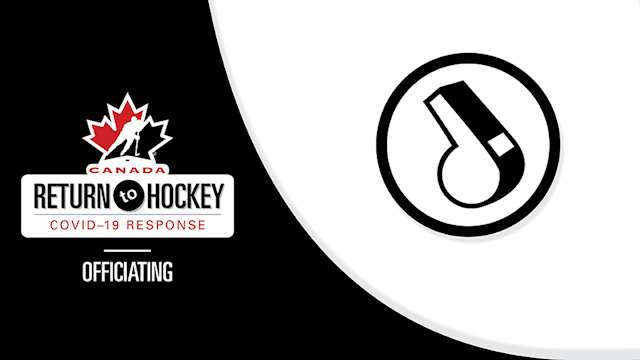 What is the certification process? What are the on- and off-ice guidelines? Are there any adjustments to playing rules? 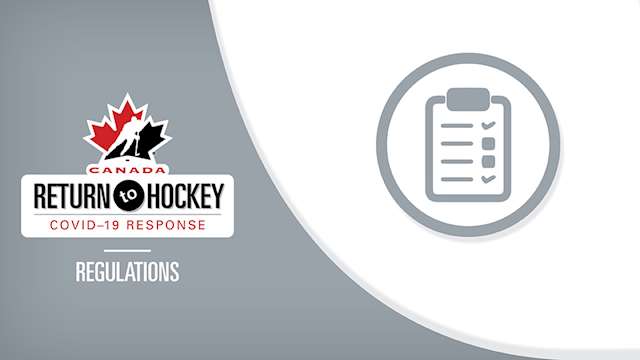 How will transfers and releases work? Will teams be allowed to travel? What are the cutdown dates for junior hockey? 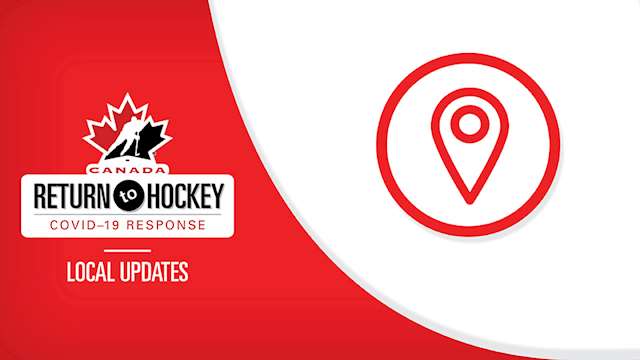 The NHL announced 15 players have tested positive for COVID-19 since Phase 2 activities began on June 8.

In total, the NHL has administered over 1,450 tests since Phase 2 began. That phase included players reporting to home facilities for voluntary, small group training. The NHL says over 250 players reported for Phase 2.

In addition to those 15 players, an additional 11 players have tested positive for COVID-19. Those positive results came outside of the Phase 2 protocol.

All players who have tested positive have been self-isolated and are following CDC and Health Canada guidelines, according to the NHL.

The league says they will continue to update the numbers of tests administered, and the results of those tests.

How do you update rosters on NHL 19?

How often does NHL 21 update rosters?

EA is lazy and doing Roster updates only all two weeks.

How do you download the updated roster for Madden 20?

Can you update rosters on Madden 20?

Using the Rosters in Madden Franchise You’ll be able to make further edits before or after starting the franchise mode, including updating more free agents and jersey numbers as that information becomes available for the rookies.

No. EA does not update old rosters because they want you to buy the newest Madden game.

With tens of thousands of random classes and variable traits, the draft in Madden 20 is a minefield that needs to be carefully navigated every season.

How do you import a custom draft class in Madden 20?

How to Import a Draft Class in Madden 20:

How do you get drafted first overall in Madden 20?

The end goal of Madden 20’s Face of the Franchise mode is to be drafted number one overall (obviously). To begin doing this, you need to win both games you play as a college QB. This means winning the semi-final, and the National Championship final games.

What is the best QB archetype in Madden 20?

Can you get drafted number 1 Madden 20?

In terms of your potential draft position, these decisions don’t have much of an impact. Whatever you pick can lead to being a number one overall pick. This is more about you having the player you want. There are four options for each and will only decide the ratings your player has throughout the CFP and into the NFL.

Why is Bill Belichick not in Madden?

Belichick isn’t in Madden because EA Sports has an agreement with the NFL Coaches Association to use the name and likeness of the league’s coaches. Belichick is not a part of the NFLCA, and hasn’t been for most of his career, which is why his name and likeness don’t appear in the video game.

How much is Bill Belichick worth?

How much do NFL players make off of Madden?

With the CBA approved, the NFLPA informed players they’ll finally get their “Madden checks” that had been held in a work stoppage fund. The 2017 active player payment is $17,662 and 2018 payment is $16,966, to be paid out ASAP.

How do you fire a coach on Madden 20?

Go to owner tab, then click on the staff tab. Then I think can press (x) on xbox and fire coach ,trainer and scout. Bear Down !

Is there a coach mode in Madden 20?

Re: Madden 20 Coach Mode? Just hit start, then choose supersim and choose jump to and pick the next play. If you want to watch it, just make sure sim speed is set to slow.

Is there a coach mode in Madden 21?

You just go to the main menu settings and turn on coach mode and then go back into chise and once ball is snapped if you don’t press anything they will just run the play.

Can you just coach in Madden 20?

Check out this page for tricks and tips on being a coach in Franchise Mode of Madden NFL 20! It’s a bit of a misnomer as players are not just coaches but also general managers, so they can make trades, enter Contract Negotiations, set Scouting assignments, and more. …

Can you switch from coach to owner in Madden 20?

You can “Use Custom Coach” instead to make your coach more unique to you. If you are a coach or a player and want to change to an owner, you will be able to choose an owner as your role for the same team. If you don’t like your player or coach then you can create a new one.

In Madden 20, it’s one of the best aspects of a franchise mode that is still lacking in a number of areas. Again, the storytelling element is present. Your players have different development traits, and many of them can add more throughout their career.

How do you relocate as a coach in Madden 20?

No you have to be the owner to relocate. What you can do is create an owner relocate during the preseason and the retire the owner and switch to coach after you pick the city in week 1 that should work.

Which Madden 21 teams can relocate?

Which teams can relocate in Madden 20?

Teams you can relocate right away with the relocation settings listed above: