For technical reasons, you need to know the seed of your world to use Witch Hut Finder, unless, of course, you want to find a seed for a new world. If you're playing SSP, the app is able to fetch the seed from your savegame. Alternatively, you can use the /seed command ingame. In SMP, you can use the same command if you have sufficient rights. Otherwise, however, you're dependent on the server owner, who started the world and has access to the savegame and config files.

This app uses some relatively new web technologies. As a result, some features may be disabled for older browsers. I recommend using the latest version of a major browser such as Chrome, Firefox, Edge or Safari.

The first thing you should do is select a seed and version. You can either type it in manually, or you can load it from your savegame. The latter can be done by clicking on "Load from Save..." and selecting your level.dat, or by drag&dropping the level.dat file into your browser window. Level.dat is a small file located in the folder of every Minecraft savegame. You can find the savegames in the saves folder of your Minecraft installation. On Windows you can use %appdata%\.minecraft\saves to get to that folder.

Levels allow you to store and reuse seeds on this website, without having to load your savegame every time. When loading a seed from a level, the seed will automatically be stored as a level.

You should also know that a seed is always a number (up to around 20 digits). If you type in anything else (like letters), it will be converted to a number. The app does this the same way Minecraft does, so it's safe to use letters (and other characters) as well.

Once you entered your seed and version you can start using the map. To scroll, use your arrow keys while your mouse cursor points at the map, or move your mouse while holding down the left mouse button. You can use the slider below the map or your mousewheel for zooming. The lower inputs allow you to go to a specific point (e.g., your base) of the map and set a marker there. You can always remove and add the marker by double clicking on the map. The "Save Map" button allows you to save the currently shown map as png image file.

When using a touch-enabled device, an extra option for enabling/disabling touchscreen control will appear below the map. With that option enabled, you can drag the map with your finger to navigate, you can pinch to zoom in and out, and you can tap and hold to set a marker on the map. By double tapping on the map, you can quickly enable/disable the functionality as well.

Thanks to Earthcomputer for his work on bedrockified, which made it possible to support Bedrock Edition. 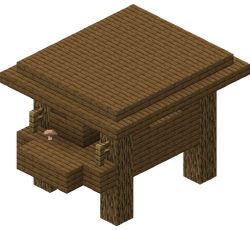 Swamp huts (also known as witch huts) are small generated structures that have the ability to spawn witches and black cats.

Swamp huts generate rarely in swamp biomes. However, they do not generate in the swamp hills biome variant.‌[Java Edition only]

Swamp huts consist of a small square building made of spruce planks, with oak log pillars extending down to the ground. There is a small platform outside of the hut that could be an entrance; however, it is many blocks above the ground, and there are no stairs that go upwards to the hut, although vines can generate from the front platform and down to the ground. The roof of the swamp hut is made up of spruce wood stairs and spruce wood planks. The hut is two blocks tall inside.

The inside of a swamp hut consists of an empty cauldron‌[Java Edition only], a crafting table, and a flower pot with a red mushroom in it.

In Bedrock Edition, the cauldron generates with a random potion inside of it in random amounts. There is a 25% chance for Healing or Poison, 15% for Swiftness, 10% for Slowness, Weakness, or Water Breathing, and 5% Fire Resistance.

Brewing stands do not generate in swamp huts, as the witch "brews" potions inside the cauldron.

Upon world generation, one witch and one stray black cat spawn inside the hut. These never naturally despawn, however, the witch does not spawn when the difficulty is set to Peaceful.

Additionally, witches can spawn on any block within the 7×7×9 (x×y×z) area that constitutes the hut (this is the size of the roof and one block over the porch, from one level below the floor of the hut to two blocks above the roof). Cats can also spawn within this area. However, they require a grass block to spawn on. In Java Edition, any other cats to spawn within the swamp hut (from spawn eggs and commands without cat type set) always spawn as black.

Witches sometimes wander around the hut, or follow any targets outside the hut. The black cat doesn't always follow the witch. The witch will always return to the hut if the witch didn't wander too far.

In Bedrock Edition, witches respawn on only one block within the swamp hut if the witch is killed.

Issues relating to "Swamp hut" or "Witch hut" are maintained on the bug tracker. Report issues there.

Witch Huts are a rare type of generated structure in Minecraft. They spawn in Swamp Biomes, and very rarely other biomes. They were the only place Witches could spawn before 1.7.2

Witch Huts are made of spruce wood planks and are on top of Oak Wood stilts. They have a Cauldron and a Crafting Table in the corner, with a Mushroom in a Flower Pot on the window sill. It is dark enough for Mushrooms to spread.

Witch huts are often utterly deserted, making them a fair place to spend the night. However, the player may have to defeat a witch first.

This Minecraft tutorial explains all about Witch Huts with screenshots.

Where to Find a Witch Hut

In Minecraft, a Witch Hut is a structure that spawns naturally in the game. It looks like a small wooden house on stilts and is only found in the Swampland biome.

Here is a picture of what a Witch Hut looks like: 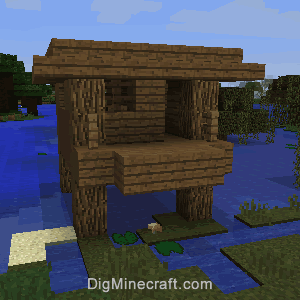 The outside of the Witch Hut is made up of spruce wood planks and oak wood. The hut is decorated with oak fence as bars on the window and railing on the front deck.

Inside the Witch Hut

A witch will spawn inside the Witch Hut when the game is first generated. By the time you find a Witch Hut, chances are, the witch will already be long gone. However, there are still some items inside of the hut that you might find interesting. 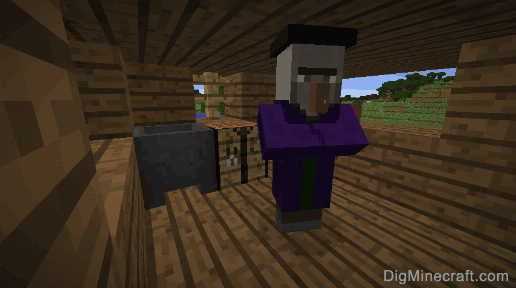 Inside the Witch Hut, you will find a crafting table, a cauldron, and a flower pot.

Note: In Minecraft Bedrock Edition (PE, Win10, Xbox One, PS4, Nintendo Switch), the cauldron may be filled with a potion or splash potion.

You can use a seed to create a world where you spawn near a Witch Hut:

Other Structures in Minecraft

Suddenly kicked out. On her pretty face reads: Well, that's what carried me here ??. Desperately she pulls at the handle of the bag and timidly asks: Mikhail Andreevich, maybe another time. - Next time.

How To Build a Fantasy Witch Hut [Tutorial Minecraft 2020]

We will. I want to finish. - Why not that I'm dirty and smelly, like a doormat. - Well, really .I also found a comparison.

Now Ill take my skates and warm up, thought Dima. The last time he skated a year ago, but the muscles remember, and as soon as they felt sliding on the. Ice, Dima felt at ease.