Interested in joining our talented team? We are currently accepting applications for several positions. Apply here.

Based on constantly evolving open source technology, our image database technologies allow you to view, share, annotate and even analyze large image files anywhere within a single software interface. All of our products are backed by excellent customer service and support. Check out our solutions for High-Content Screening Solution and Digital Pathology Solution.

The OMERO Plus enterprise image database lets you view, share, analyze, mine and manage data your way. Explore more as we provide the solution for your everyday image data management.

The licensed Bio-Formats solution from Glencoe Software is the most comprehensive scientific image translation library available with support for over 150 image file formats from various imaging domains.

PathViewer is an interactive visualization, analysis, and annotation tool that, along with the OMERO Plus enterprise image database, is specifically tailored for the digital pathology workflow.

Send Us a Message

Let’s work together on an enterprise image database solution for you.

Further information is available on Glencoe's own web site 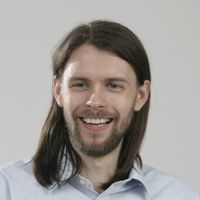 Chris Allan is a Canadian born software developer and systems administrator from Vancouver, British Columbia who joined the Swedlow lab in early 2003. His early contributions were the initial implementation of mass-storage infrastructure and network groundwork to support the University of Dundee's Light Microscopy Facility (LMF), but he now spends most of his time working on the OMERO.server project. He moved to Glencoe Software in 2012. Chris gained most of his systems administration and software development expertise as a high-school student working in the commercial sector doing security, systems and network consulting for local companies and as a contractor/employee in the GT Trust high-security solutions team of GT Group Telecom Services (now a division of Bell Canada). His software interests lie in the fields of distributed computing, secure programming practices and encryption. When not with a head down in Java, C++ or Applied Cryptography he can be seen playing the most Canadian of games, Ice Hockey, with various teams in Dundee including Hockey For All. 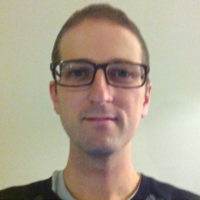 Joshua Ballanco joined Glencoe Software in November 2013 as a Software Developer. He received his BS in Chemistry from Stevens Institute of Technology in 2002 and spent the next decade jumping between graduate school and a burgeoning career as a programmer. In that time he spent almost 5 years working for Apple as a member of the OS X Server group, before later moving to a position with AOL. Finally, in 2011 Josh completed his PhD in Computational Evolutionary Biology. He then spent two years as Chief Scientist with the consulting group Burnside Digital, where he traveled to and presented at software development conferences around the world. He has lived in Chicago, New York, Miami, New York, Silicon Valley, and New York but now calls Turkey home. When he’s not wrangling code or fixing bugs, he enjoys spending time with his wife and young son, wandering the local bazaar, and constantly discovering delicious new elements of Turkish cuisine. 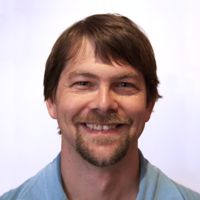 Andreas Knab has been working as a software developer for almost 20 years. He received his MS degree in Computer Science from James Madison University, Virginia in 1999. Since then, he has worked on a number of educational software projects, including an open source digital media management and teaching tool used in art history programs at universities around the world. After 16 years in the United States, he and his wife are relocating to his native Germany in late 2012. He enjoys reading, cooking, and loves traveling, especially to South Africa. 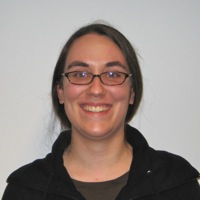 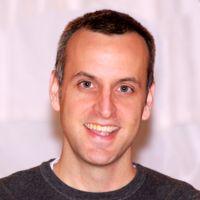 Chris MacLeod joined Glencoe Software in 2012 as a systems administrator. Chris has a background in psychology and computer science. When he's not wrangling servers, he is an avid disc golfer, occasional chef, husband, and father to two children. 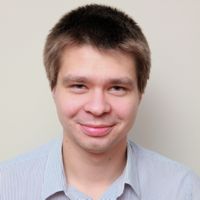 Emil Rozbicki joined Glencoe Software in October 2013 as an Applications Specialist. He is responsible for testing and quality assurance and development of new software applications for data analysis and processing. Emil is a physicist interested in computational physics, biophysics and bioengineering. He received an MSc in theoretical solid state physics from Wroclaw University of Technology in 2007 and a PhD in experimental solid state physics from University of St Andrews in 2011. He worked as a postdoctoral fellow in the C. J. Weijer group in Dundee, where he designed and built the first light-sheet microscopy setup in the UK. In his free time he enjoys cooking, photography and long walks with his wife and daughter Maya. 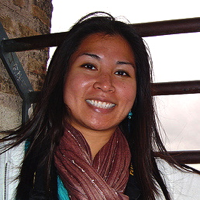 Liza Unson joined Glencoe Software in January 2012 as a Senior UI/UX Designer. She has a BA in Chemistry from New York University, but later decided to switch careers and also has a degree in Web Design and Interactive Media from The Art Institute in California — San Francisco. When she's not designing in Photoshop, Liza can be found pursuing her interests in photography, traveling, yoga, and learning how to cook (and trying not to burn food in the process).

Wilma Woudenberg joined Glencoe in April 2012 as Jason's PA. She also provides support for his work with the OME team at Dundee University.

Past OME Collaborators at Glencoe Software

Josh Moore — Josh has moved to work on OMERO for the Swedlow Lab. 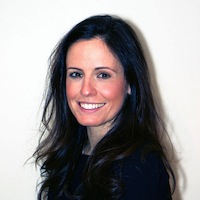 Rebecca Walker joined Glencoe Software in March 2015 as Vice President of Global Sales and Marketing. Her career started out in Edinburgh in the field of investment management, gaining her investment qualifications, before moving back into science. Rebecca was first introduced to Jason and Glencoe Software in 2010, when she was specializing in imaging technologies. Rebecca has a Bachelor of Science (Honors) in Chemistry with Management from Heriot Watt University. She has worked in the life science arena for both large and small organizations, having been based out of both the UK and the Netherlands. When not working, Rebecca can be found in the mountains skiing, on the lake sailing, playing touch rugby for Scotland or netball for Switzerland. 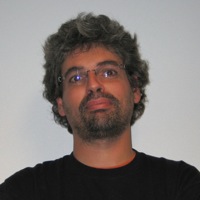 Carlos Neves is a developer living in Portugal. He has contributed a lot of the underlying image viewer technology used by OMERO.web. 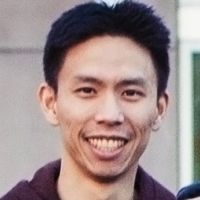 Abe Yang is a UX Designer who started out as a UI Engineer after graduating with a CS degree from UC Berkeley. Nowadays, he finds himself with one hand designing in Photoshop and another hand wrangling code in Sublime Text. When his hands are free, he likes to take photos, make videos, play basketball, hang out with his wife and kid, and serve at his church out in Sunny Southern California. 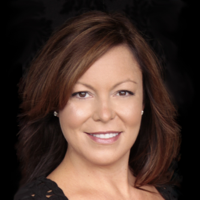 Laura Koneval joined Glencoe Software in April 2013 as National Sales Manager. In this role, she is responsible for Glencoe’s sales expansion in North America. Laura has a BA from Baldwin-Wallace College in Cleveland, OH and over a decade of experience implementing emerging medical technologies into the pathology market.

Laura was previously a National Sales Manager and Sales Executive at Aperio Technologies, where she specialized in digital pathology imaging solutions, image management and analysis software. She also held sales and management roles at Prognostix and Specialty Laboratories. In her spare time, Laura enjoys working out, travel and spending time with family in Southern California, where she is based. 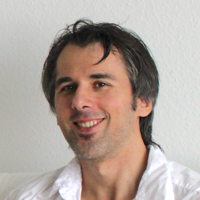 Niko Klaric is a software engineer working on backend systems. He learned how to read Z80 opcodes before Intel registered its first domain. Also, he loves going to the beach with his family.

Brian Jones came on board with Glencoe in early 2009 as Business Manager. His academic background is in the applied imaging sciences from the Rochester Institute of Technology back in the early 90’s. From there he went on to a number of research and commercial management roles in the optical, machine vision, biomedical and advanced microscopy markets. After many years in Melbourne Australia, he has returned to the U.S. and is now devoted to understanding and building the unique ‘Open-Commercial’ business model of Glencoe Software – ordained in perpetuity, if you will, by the OME Disciples and Jason Swedlow. Strengthening and expanding the Glencoe presence in bio-image informatics through insight, advice and support is Brian’s passion.

You can’t perform that action at this time.

I woke up about three hours later - it was already about twelve o'clock in the afternoon. I was lying in the arms of my husband, my ass, stockings and corset were covered with dried sperm, Mikhail's penis was no longer in my ass and dangled touching. The tip of the bed. Mikhail's penis also had dried sperm particles. I cautiously, trying not to wake up, crawled out of Mikhail's embrace and staggered into the bathroom, my ass was itching pleasantly.

A man who would love all the smells inherent only to her, would love her feeling of sweat on her skin, would love all the curves of her. Sexy slender body. The next day, barely waking up and opening her eyes, Christina saw the sun playfully flooded their bedroom with bright sunlight. She stretched slowly, yawned widely. A pleasant scent of morning freshness emanated from her body.

When we stopped kissing, he took me in his arms and put me on the counter to the jacuzzi, spread my legs and began. To shower kisses all over my body, then went down and began to lick my pussy, while working out my cunt. I moaned like crazy while he fucked me with his naughty tongue.

after such a 5 minute buzz, he got up, I immediately understood what he was waiting for. I went down to his penis and began to pull off his pants, here is his 22 centimeter dick near my mouth, I began to lick.

Wait a little, kitty!, - a mocking tone under the laughter of contented, stunned teenagers, unpleasantly pricked her ears. Vaseline felt someone's fingers trying to penetrate the closed vagina. They pressed a little, and Valya felt a little pain. She drew back a little, but she was again put in place with a blow of the whip.