We stock Wehrmacht uniforms worn by the common heer/foot soldiers, we also have a section for German Officer uniforms, and more specialist sections for Panzer crew uniforms and Waffen SS uniforms. We also have a sections for German Kreigsmarine Navy uniforms, and also a section for Luftwaffe Uniforms worn by air crew and paratroopers/Fallschirmjager troops. We also stock nazi uniforms as worn by the Allgemeine SS, and we've supplied many movies and theatres with our accurate reproductions.

A special section has been created for German smocks and uniforms with the many camouflage patterns, like Splinter, Oakleaf, Tan and Water, Dot Peas and Plane Tree, covering all armed services.

As well as offering standard size uniforms we also offer a tailor made service, should our standard sizes not be sufficient. You can visit us in person (Appointment Only) or we can send you a size chart to complete

In conjunction with The History Bunker Ltd we have supplied our products to many prestigious film, theatre, opera and ballet companies around the world as well as many museums. These include, Paramount Pictures, Pinewood Studios,Warner Brothers, Universal Studios, The Imperial War Museum, The Royal Armouries, The Royal Shakepeare Company, The BBC, Channel Four, Madame Tussauds, The Australian War Memorial, The Canadian War Museum and many many more

As well as our main sales business, we also hire WW1 and WW2 niforms to film, theatre, tv, amdram and the individual. Please note that we do not hire WW2 German uniforms to private individuals 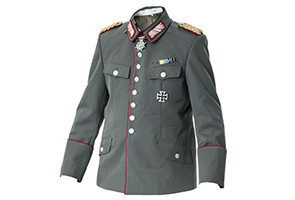 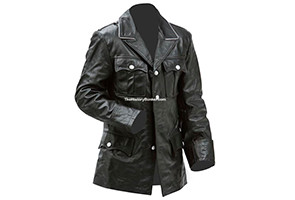 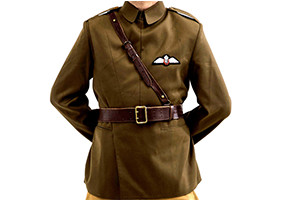 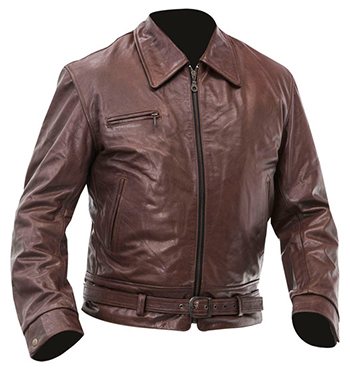 For almost 10 years we have supplied premium reproduction WW1 and WW2 German uniforms including, standard German infantry uniforms, Waffen SS uniforms, Kriegsmarine leather jackets, Afrika Korps uniforms and much much more Our client list includes major movie production companies such and Warner Bros, Universal studios and Paramount Pictures, as well as prestigious museums such as Madame Tussauds(Berlin), The Imperial War Museum (London) and the Australian War Memorial. We also cater for the individual and living history groups and offer a bespoke tailoring service should our standard sizes not be adequate, 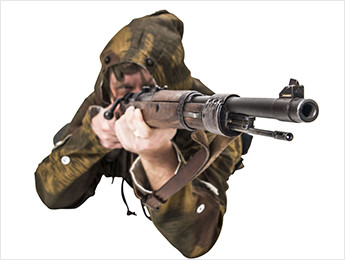 Wilden Militaria disclaims all liability for misuse of items sold through this website.

All items featured on this page are only decorative and / or collectible character, so the company is not responsible for the misuse, improper handling or manipulations that they can suffer. Imitations of knives, by the material they are made, lack edge by both sides and the firearms lack appropriate for it and have the obstructed barrel mechanisms.

All items are available to be enjoyed at home, at exhibitions collectibles, or for theatrical or entertainment purposes, and always under the supervision of a responsible adult. They should never be exposed in the street, pointing them to anyone because it could cause alarm or be seen as a threat, be hidden in clothing, or left carelessly in the car.

The public sale of these items conform to the regulations of free trade without being affected by the "Regulations on Arms", as is clear from the opinion of the "Permanent Interministerial Commission on Arms and Explosives" (CIPAE) dated in November 7, 1995 and the "Intervention Central Weapons and Explosives" (ICAE) of "General Directorate of the Civil Guard."

PLEASE CHECK LAWS OF YOU COUNTRY. WE DON'T SEND THIS ITEMS OUTSIDE EUROPEAN COUNTRY.

PLEASE CHECK "NEWS PAGE" FOR EVENTS AND STOCK UPDATES. AS A RE-ENACTOR MY SELF, I AM CONTINUALY WORKING TO IMPROVE THE RANGE, QUALITY, AND AUTHENTICITY OF THE KIT I STOCK. I HAVE A NUMBER OF SUPPLIERS WORLDWIDE WORKIING TO THIS END. WE CARRY AN EXTENSIVE RANGE OF STOCK, INCLUDING A LARGE STOCK OF THE BASIC UNIFORMS SO WE SHOULD BE ABLE TO CATER FOR YOUR NEEDS FROM STOCK.

We have been selling militaria for the last 25 years, dealing with re-enactors and specialising in the German side for the last 15. As a collector and re-enactor myself I am constantly striving to improve standards and seek out better kit. I have supplied kit to the major UK re-enactor groups and have also provided equipment and advice for film, theatres and museums. The first major production I contributed to was Saving Private Ryan and played a significant part in supplying both uniforms and equipment for the Germans in the acclaimed TV drama series Band of Brothers, Captain Correlis Mandolin, Hannibal Rising, Atonement, Valkyrie, Outpost and Inglorious Bastards. I have also contributed to a diorama which is part of a new exhibition which opened recently at the Imperial War Museum, Duxford.

See our Terms & Conditions. Please note, all prices displayed within this site are inclusive of VAT.

Set comes with the following items which may be ordered separately:

Please email : [email protected] order individual uniform accessories or to get a quote on overseas shipping.

Price does not include shipping. Domestic shipping for full uniform $35.00 USD.

Our basic Officers Tunic and Pant

This is a very well made reproduction German WWII Allgemeine-SS, M32 NCO, Black 100% Wool with white piping sewn on the collar.

Our Tailors have copied the originals with painstaking detail!

The tunic has the following features:

A. Black and Whit NCO piping sewn around the lapel.

I. Vent inside the left tunic skirt pocket for Dagger hanger to pass through.

Our Tailors have copied the originals with painstaking detail!

Please give the following measurements in the NOTE block of your PayPal order or fax them to: Larry Green Productions

Please give the following measurements in the NOTE block of your PayPal order, email or fax them to:

Boots Our SS Boots are made of high quality Calf Hide. The heel and sole are heavy Leather, hand-made. Boots come with heel irons but no hobnails! All boots are just slightly used and were used in parades by the West German Army. Please include your accurate shoe size, i.e., Size 10, 11 , etc.

Enlisted boots only come in one standard military width.

But as soon as I was naked, everyone screamed loudly, clapped, began to admire, say how beautiful I am, etc.and I suddenly felt with surprise a pleasant. Even sweet feeling. I sat down as they demanded, looking in surprise at my naked body - I could not believe that it was me, naked among my classmates.

No wonder they say: school years are the best years of life. I was then in 11th grade. An ordinary student: he knew something, but most cheated.